After the Phillies win the afternoon playoff game vs. the Rockies, come celebrate with THE BEST in Italian food.
2- Saturday October 10th we’ll be Singin’ & Swingin’at The Wilmington Riverfront Market from 1PM – 3PM.
http://www.riverfrontmarketwilm.com/
3-Later on this same Saturday I’ll be appearing at Fournier Hall at 8PM for the LEGENDS Brain Cancer Awareness Fund
Raiser. Call 539-5363 for details Hosted by DJ Lou Costello from Crusin 92.1
4-Sunday October 11th we’ll be making an appearance at the Vendemmia Wine Festival at Tubman Garrett Park at Wilmington’s Riverfront. See the website
http://www.societadavinci.com/html/vendemmia.htm
BUSY, BUSY WEEK……….Hope to see some of you!
Sean
www.seansinatra.com

This site uses Akismet to reduce spam. Learn how your comment data is processed. 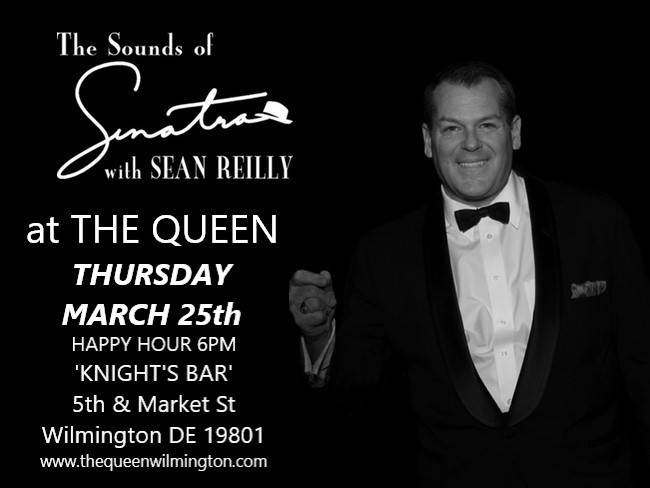 WHO IS SEAN REILLY?

Sean Reilly and Musical Director, David Zipse, along with the Sinatra Centennial Orchestra are delighting audiences across the Mid-Atlantic by recreating the Sounds of Sinatra LIVE.

With a nearly endless songbook of the classics and standards that Frank made famous, Sean Reilly & the Sinatra Centennial Orchestra are PERFECT for Private Parties, Events, Weddings, Corporate Functions, Anniversaries, and the like.

Sean also performs with his Trio, with an Accompanist, or even Solo with some 300 pre-recorded Tracks of Frank Sinatra